The Dai Dong Conference offers a powerful teaching for now

1970, Thich Nhat Hanh, Sr Chan Khong, and their friend Alfred Hassler organized a first-of-its-kind international environmental conference. The effort culminated in a message from 2,200 scientists from 23 countries, entitled: “A Message to Our 3.5 Billion Neighbors on Planet Earth from 2,200 Environmental Scientists.”

The Dai Dong Conference was held in Menton, France. The resulting “Menton Message,” as it came to be known, was circulated among biologists and environmental scientists in North America, Europe, Asia, Africa, and South America. On May 11, 1971, the message was formally presented to the UN Secretary General, U Thant.

Solutions to the actual problems of pollution, hunger, over population, and war may be simpler to find than the formula for the common effort through which the search for solutions must occur, but we must make a beginning.

Looking deeply today we can see the Menton Message presages these times. Its call to action was never more urgent or relevant. 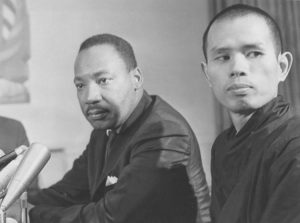 Contact Us. We’d love to hear from you. Share what’s on your mind with Earth Holder Coordinator Simona Coayla-Duba at simona@earthholder.org. 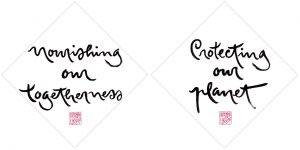 Wear a green ribbon to show you are an Earth Holder

The Guardian: Keep it in the ground